Home
>
Insights
>
How to Plan Your Content Ecosystem Mapping Project 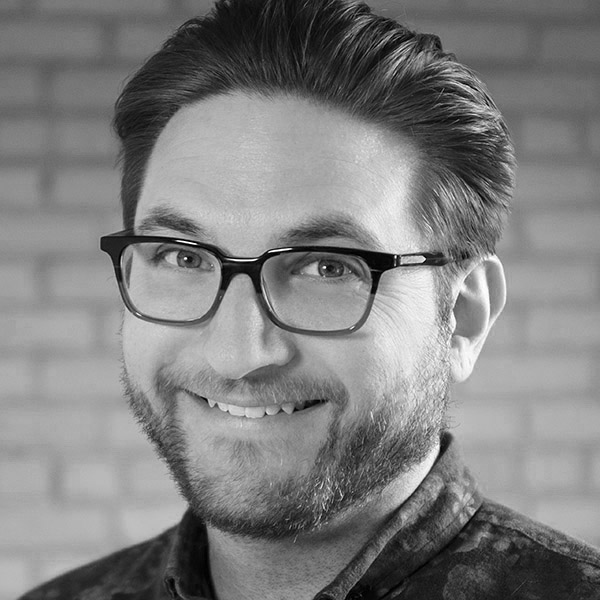 If you’re ready to conquer content chaos and map your content ecosystem, you’ll need a project plan for bringing the right people on board and getting the work done. 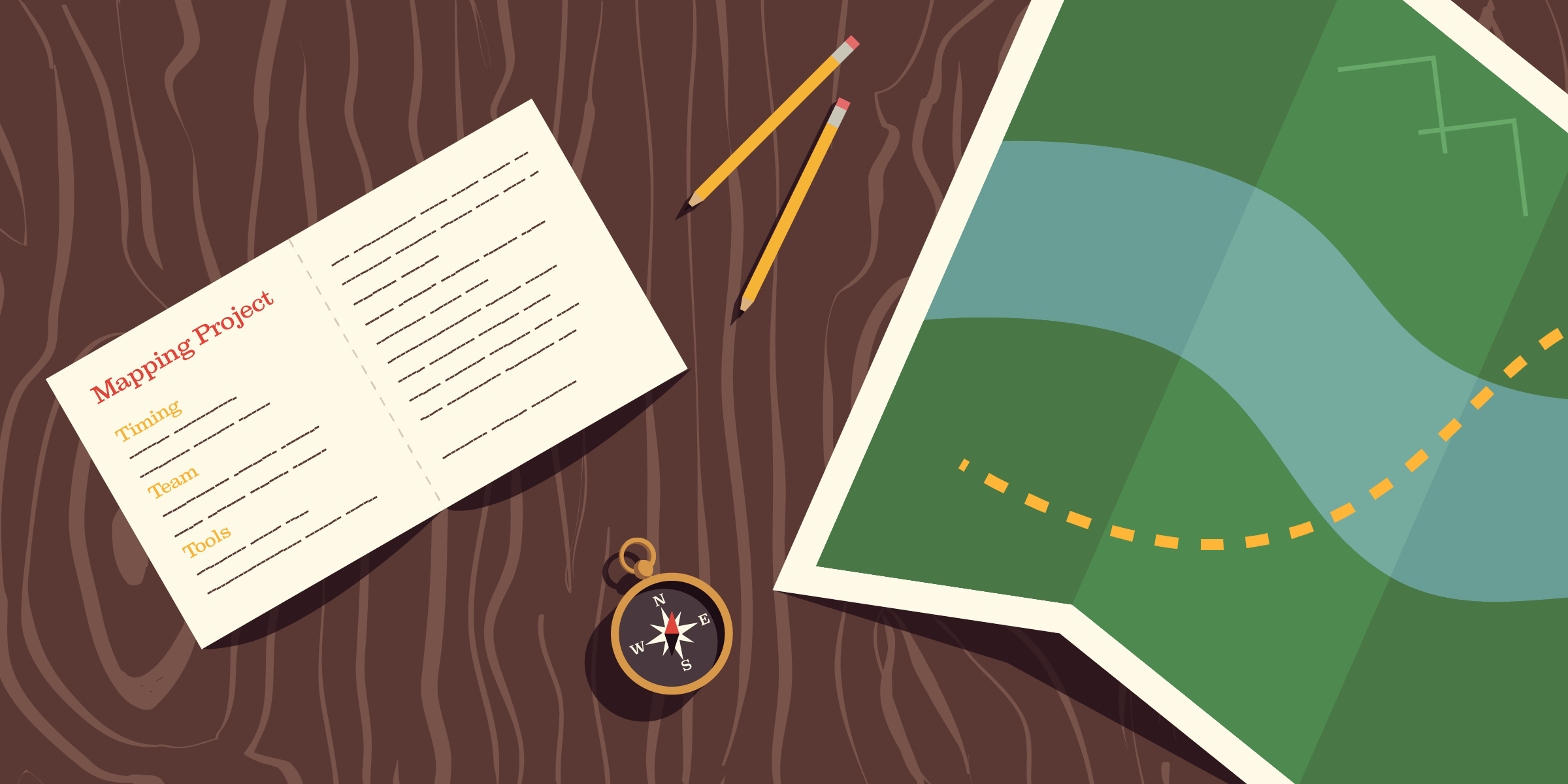 ‍Editor’s note: This post is part 4 of a series on content ecosystem maps. Part 1, part 2, and part 3 are also available for your reading enjoyment.

Once you understand what a content ecosystem map is, what to include in your map, and how to use it once you’ve made it, you’re left with one final question: How do I actually get this done in my organization? You need a plan.

When should we do the mapping?

There’s no time like the present for gaining clarity and alignment about the truth of your content reality. Part 1 of this series outlines some key times that mapping can be especially valuable.

I’ve found that it’s easiest when you can create the map in one sustained sprint—whether that sprint is a two-day workshop, two weeks of frequent mapping sessions, or even a 10-week project plan. The important thing is not to stall out. There are a lot of micro-decisions you’ll need to keep fresh in your mind while the map is in development, and it’s difficult to capture all of those clearly enough in meeting notes.

There aren’t a lot of bad times to do content ecosystem mapping, but you’ll probably have a harder time getting folks to slow down and think about current state if you’re, say, rushing to launch a new site. If that’s the case, make your mapping project plan now and be ready to advocate for ecosystem mapping as soon as that site launches.

A content ecosystem map can represent your current-state content reality, an imagined future state, or a hybrid of the two (using layers, color coding, or alternate versions of the map).

Even if your ultimate goal is to design a new, future-state content reality, I recommend spending a little time mapping out your current state. For most organizations, there’s no such thing as a truly new website—it will always exist in the context of your other channels and the site that came before.

Whatever approach you choose, be very explicit about it and make sure everyone understands where your map falls in time, so to speak.

How much time do we have?

Content ecosystem mapping is a flexible and scalable methodology, but that flexibility can be overwhelming. Eventually, pouring additional hours into mapping does not bring additional clarity. (And your goal is always to increase clarity.) Timeboxing your mapping efforts before you start will help guide you on questions of scope, scale, and detail as your mapping progresses.

So. How much time do you have? Can you get half a day from a few key players to try this technique on for size? Can you carve out eight hours a week over several weeks to iterate the map on your own, along with an occasional show-and-tell? Do you have a couple hours between meetings to sketch out a rough map on the whiteboard?

If you have absolutely no idea where to start, I recommend a half-day workshop with a handful of people to build a prototype map. Did you like it? Do you want to do more? If yes, do it again. If not, try again later on a different project, try a different approach, bring in an expert, or try something else!

Or perhaps: What decisions are we trying to influence? Maps are persuasive. Even abstract concept maps like these tend to just look true.

I had one client who decided the best thing their map could do was scare content owners into slowing down. He wanted me to add as many concepts and connections as possible to show just how chaotic their content world really was, so that he could use the map to reframe conversations about requests for new content and channels.

Giving some thought to the rhetorical impact you want your map to have will help you decide what topics to include and whom to involve in the process. For instance, if a big pain point in your content world is a frustratingly old content management system, you might want to involve some of the developers tasked with supporting that old system in the conversation, and dig deep into the publishing process to represent its complexity on your canvas.

Who should be involved in creating our content ecosystem map?

List out every stakeholder and decision-maker who would benefit from having a shared understanding of your content reality. That’s likely to include:

All of these folks need to be involved at some level. Figuring out how to involve them is another question. Typically you’ll group people as follows:

What’s the best tool for the job?

You’ll want to create your map in a format that is easy for your core team to work with, and that will allow for sharing and collaborating in a way that makes sense for your company culture. Anything that lets you create bubbles, connect them with lines, and label those lines will allow you to draw a content ecosystem map.

Give some thought to version control and how you’ll want to share the final version. I tend to duplicate the current map as a new canvas in OmniGraffle every time I sit down to change the map so that I can always go back to previous versions. This paper trail also lets me tell a story about how the map developed over various sessions.

How will we summarize our project plan?

You’ll want to document your plan, even if it’s just for the in-house team collaborating on the map. Write down:

You may want to tell this story in a kickoff meeting with examples and an overview of the map-making process (feel free to borrow from previous posts in this series!).

And one bad question ...

There is one bad question about ecosystem mapping, and I get it all the time: “How do I get permission to do this?”

Creating clarity is your job as a content strategist. You should never have to ask permission to do your job. Sure, you’ll need buy-in to schedule a dozen stakeholders for a two-day workshop, but there are smaller, more nimble ways to get started that shouldn’t require permission.

If you feel that creating a content ecosystem map is something your team needs to do to create clarity and get unstuck, find a way to get it done. Just because drawing diagrams and making pictures isn’t normally part of your job as a content strategist doesn’t mean you aren’t allowed to draw diagrams.

If you get in trouble, call me and I will yell at your boss for you (but like, nice yelling ... productive yelling). Good luck!

Scott Kubie is the lead content strategist here at Brain Traffic and the author of Writing for Designers from A Book Apart. Scott has focused on the content side of digital experiences since 2009, and was the first UX content strategist at Wolfram Research. He grew up in rural Nebraska, and studied electronic media and journalism at Drake University.

Need to go back to the beginning? Learn more about content ecosystem maps in general and why they are important in the first post of this series. 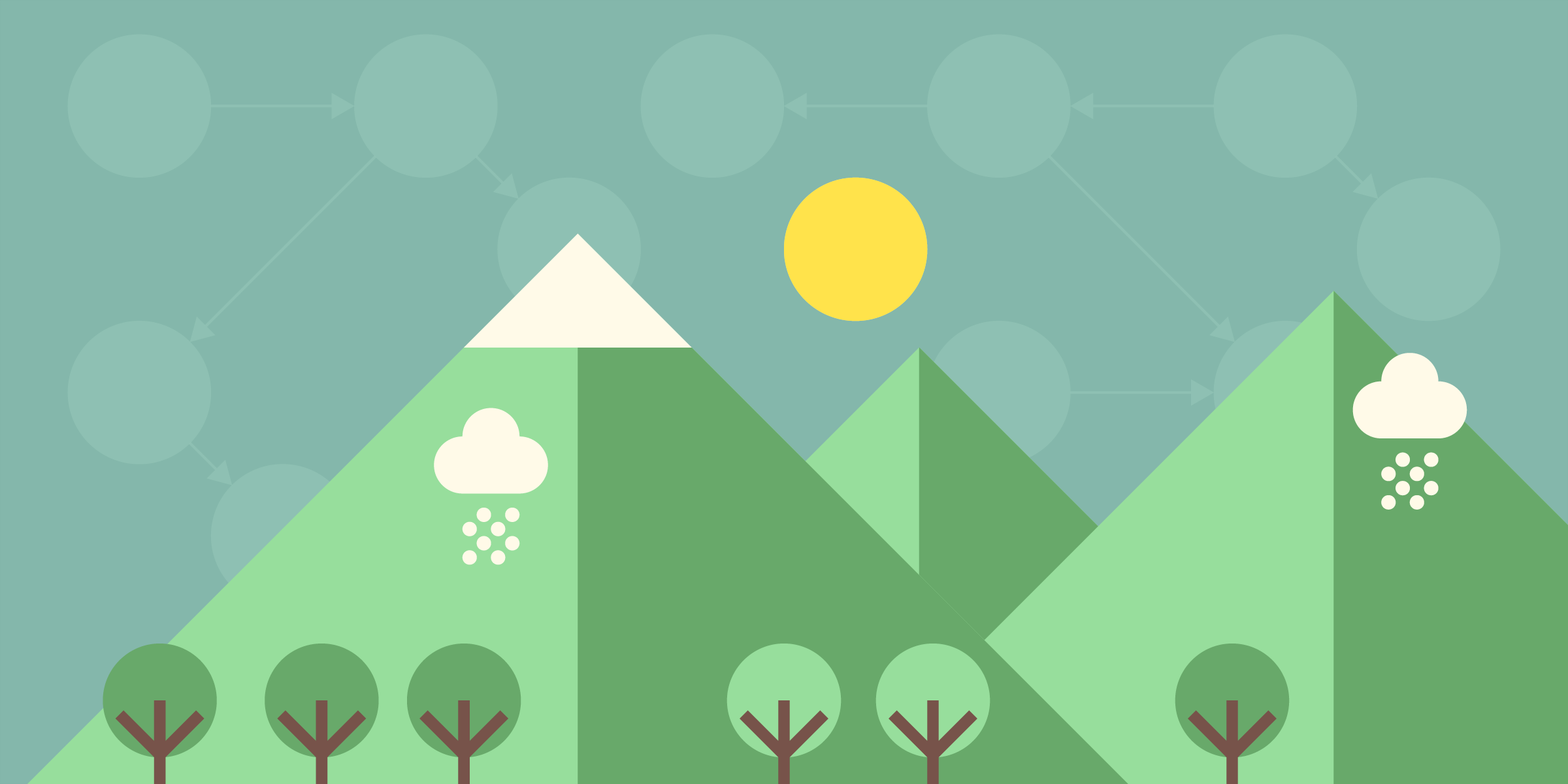 A content ecosystem map is a visual representation of your content reality—what you have and where it is. And yes, you definitely need one. 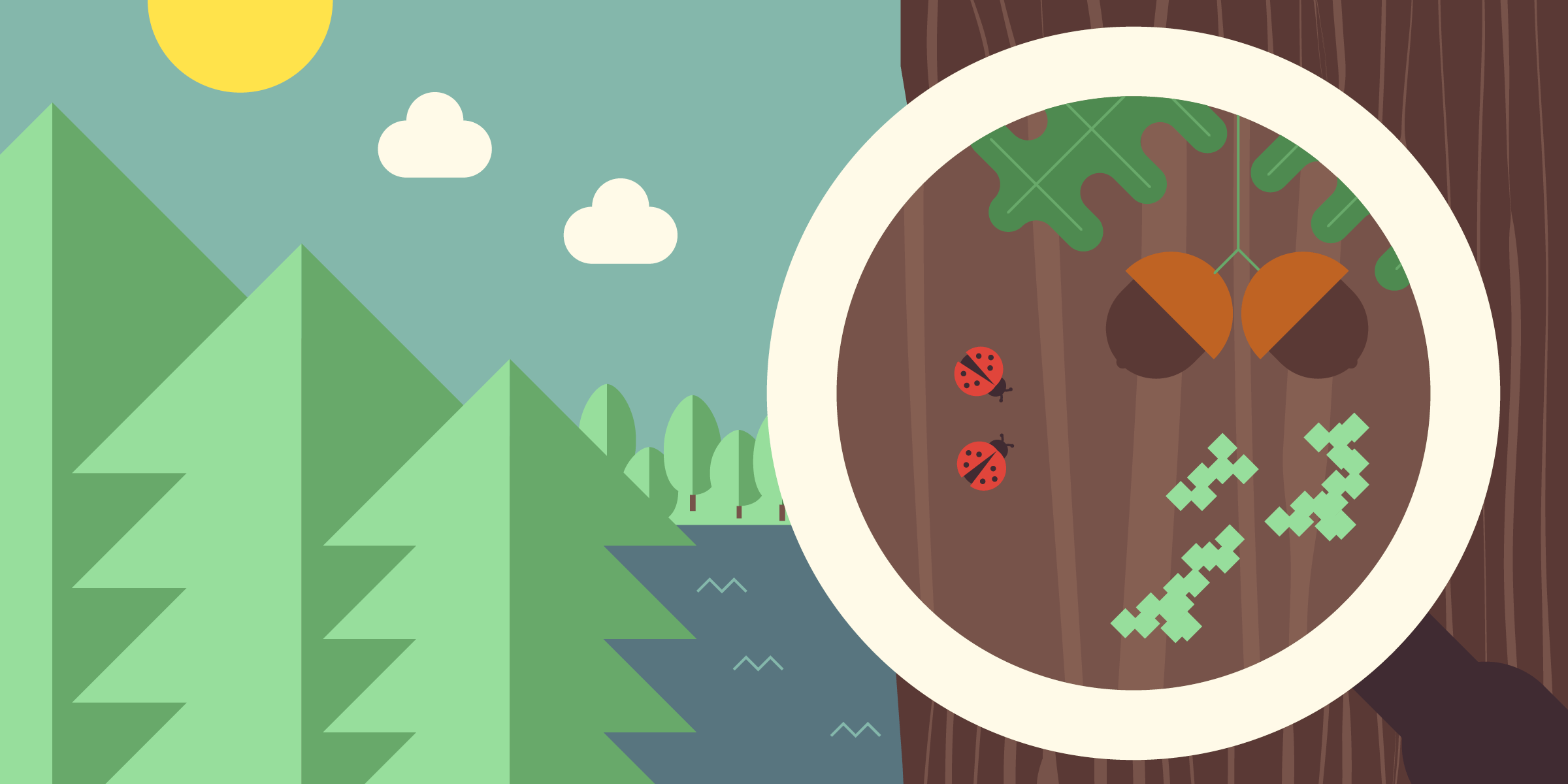 We’ve learned what a content ecosystem map is and why it’s necessary, so now let’s look into what the map actually needs to include. 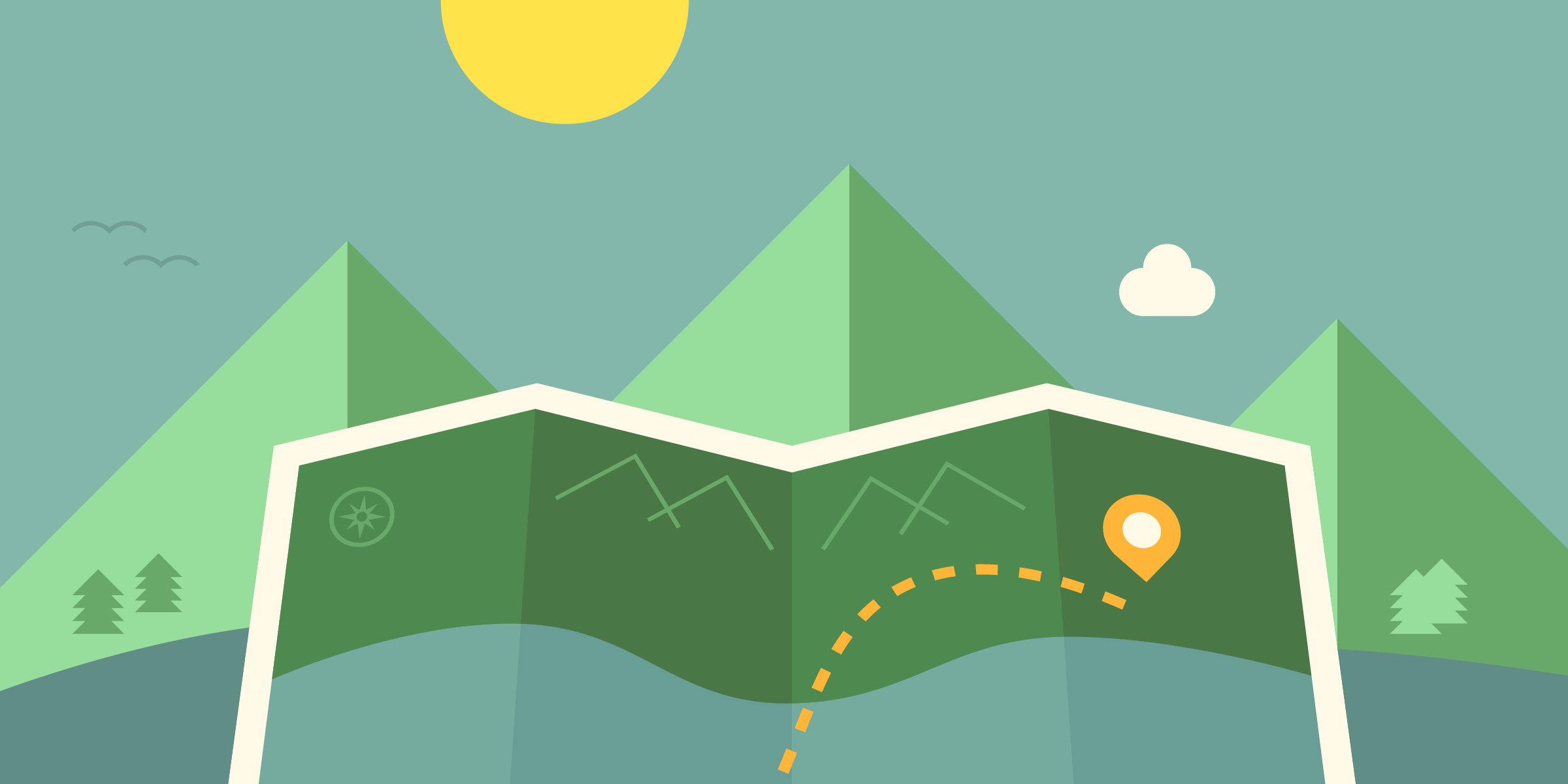 What do you do with that shiny new content ecosystem map you’ve created? Here’s how to effectively put your map into practice.

Sign up for email about upcoming events, new posts, and other delightful tidbits.

Thanks for signing up!
Oops! Something went wrong while submitting the form. Please try again.